Liz Ciokajlo has been commissioned to create a new body of work for the forthcoming exhibition, Items: Is Fashion Modern, at The Museum of Modern Art, New York.

Growing a MarsBoot is a project rethinking and questioning, through a designer lens, our 21st century material culture, its values and the ongoing challenges and perspectives of living on Mars.

The challenges and the restrictions characterising space travel and the need of optimising logistic needs, are addressed by minimising the quantity of needed matter (mycelium spores) loaded in the craft at launch and by later growing materials and tools during the journey towards Mars.

In this scenario, astronaut’s sweat is filtered and combined with fungal mycelium, partly feeding the fungal culture for the generation of grown materials, raising debate about how much of our own bodies can be utilised as material source for producing fashion items in space and on Mars.

A combination of hi-tech and lo-tech processes are implemented to construct the footwear with mycelium variants, such as pure or composite (cotton/hemp + fungus) mycelium-based materials, characterised by different physical and technical qualities.

Culturally, the concept references to and addresses both the H.G Wells dystopian view of Mars scarcity and the Alice Jones and Ella Merchant utopian view of Mars female liberation and harmony, as evident in science fiction when discussing the province of Caskia.

While Tecnica’s Original MoonBoot (early 1970s) reflected the material culture characterising the ‘Plastics Age’, with this project we aim to evolve the archetype towards a degradable, ‘made in space’, female MarsBoot, reflecting on our 21st century challenges and values, as well as on the responsibility towards the consequences deriving from the introduction of any material on any typology of ecosystem. 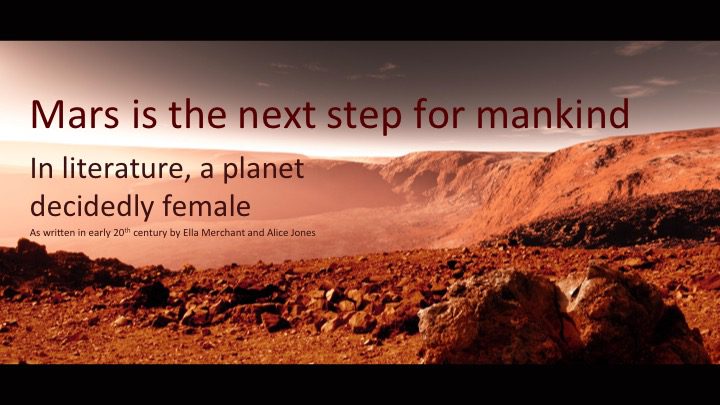 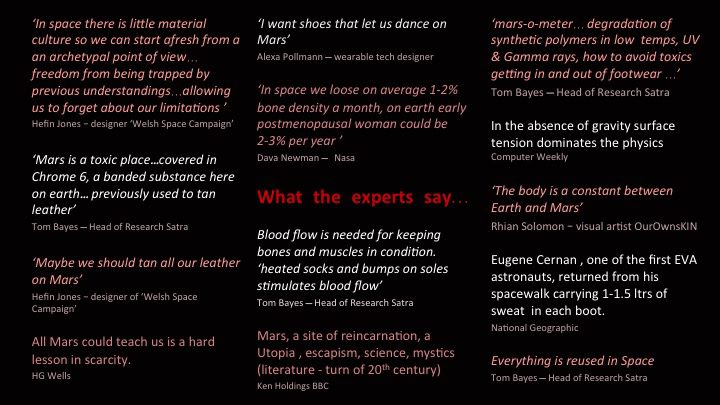 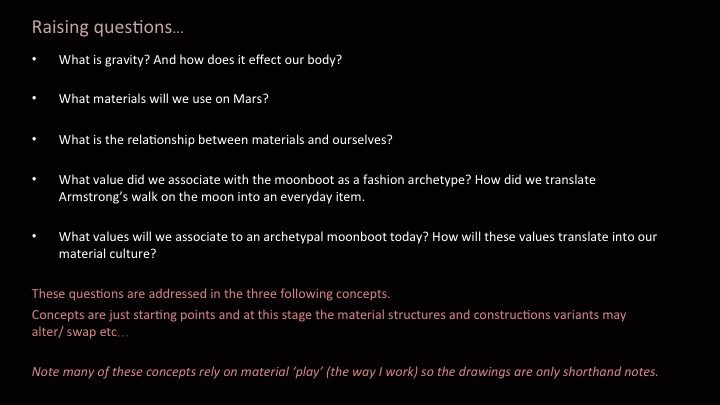 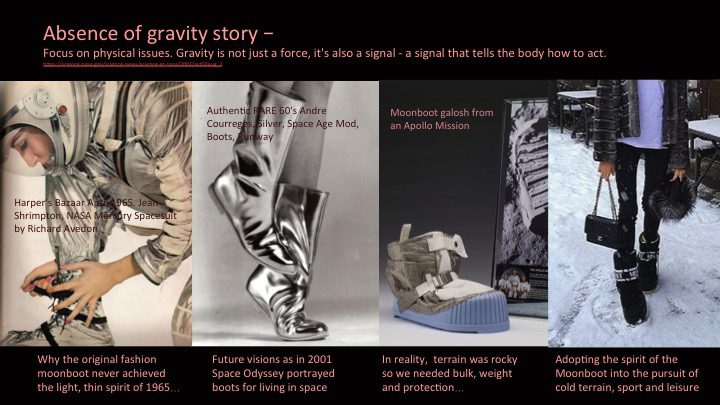 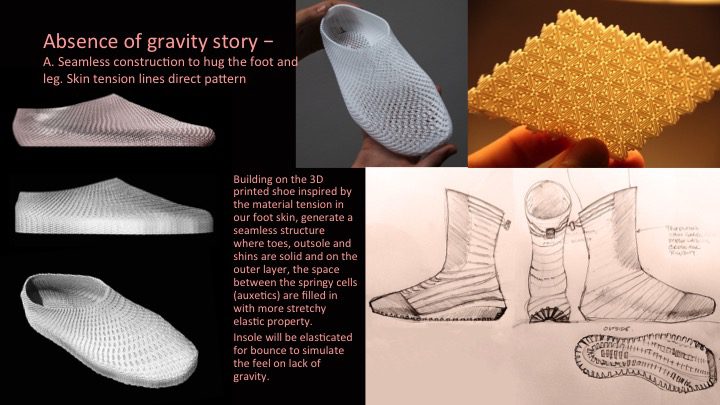 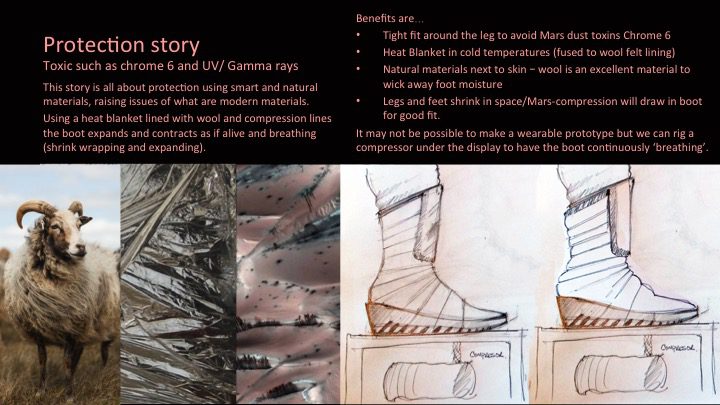 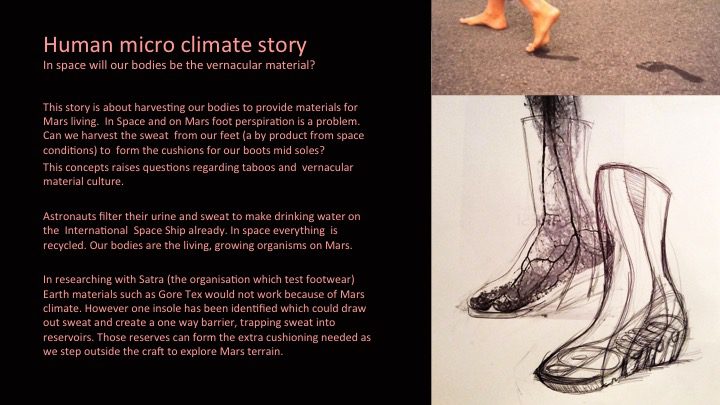 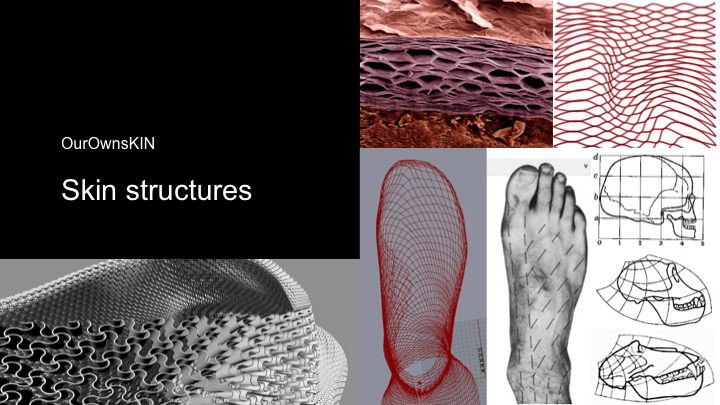 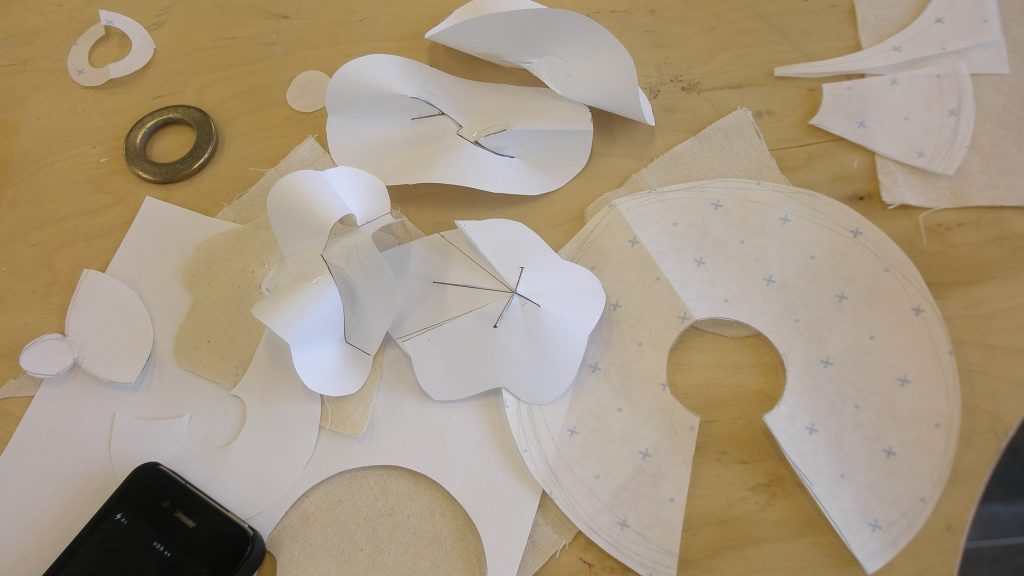 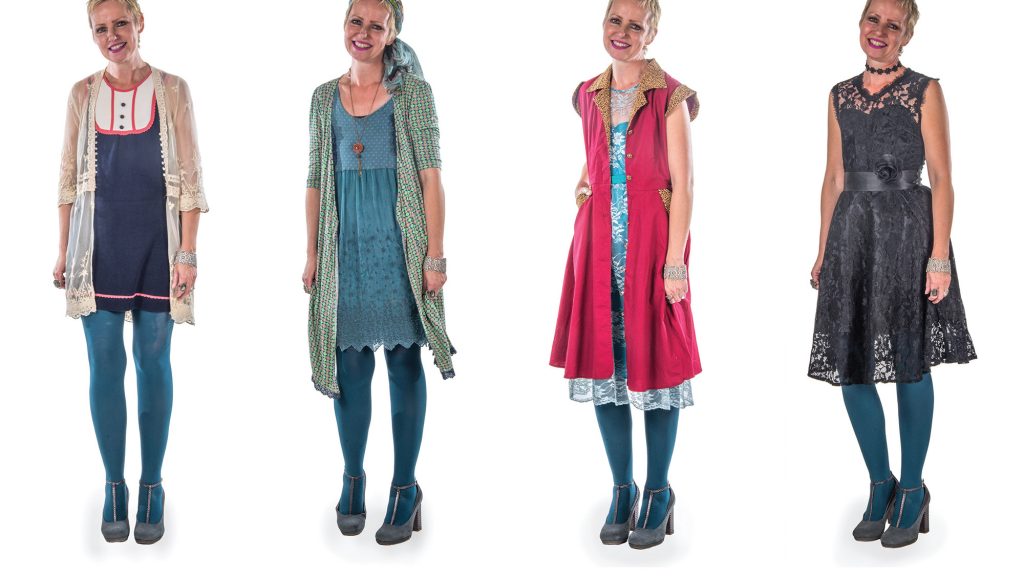 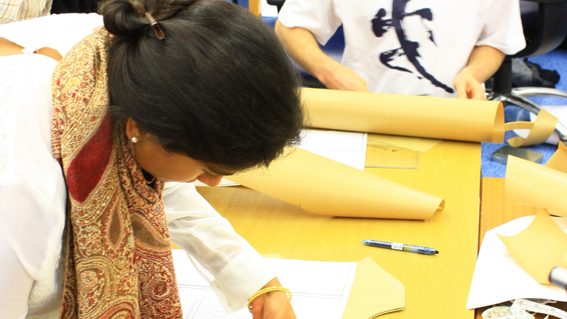 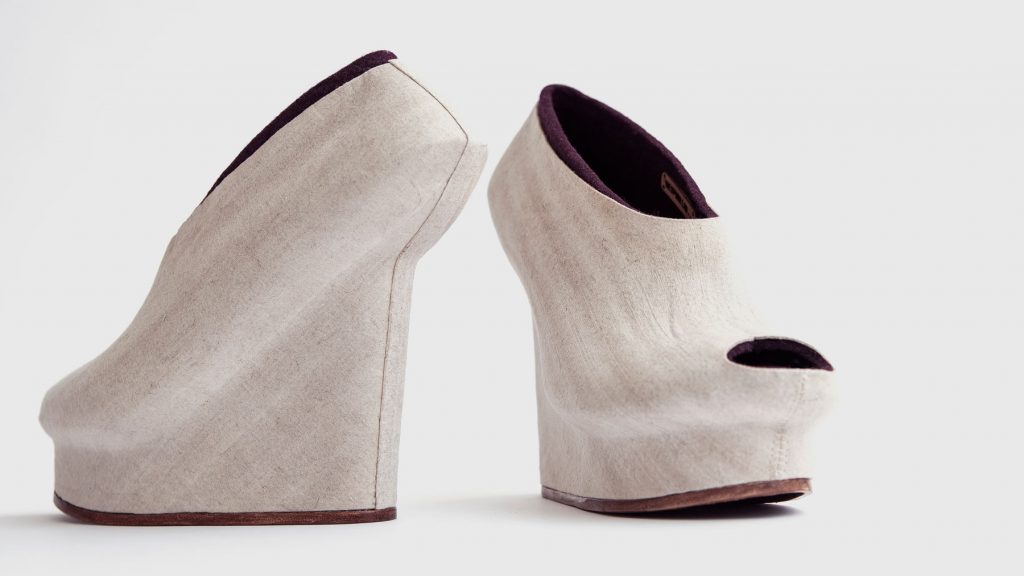 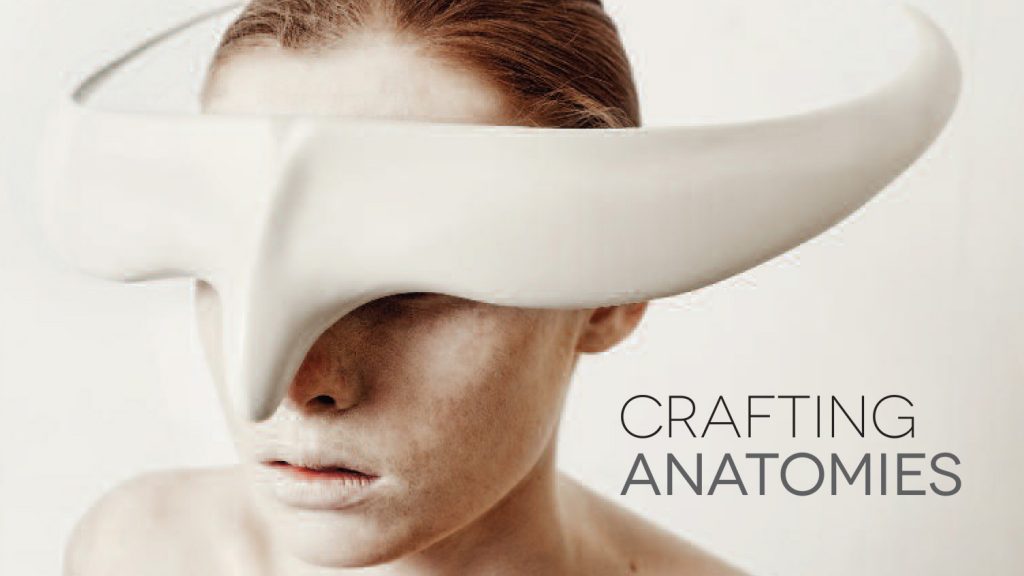 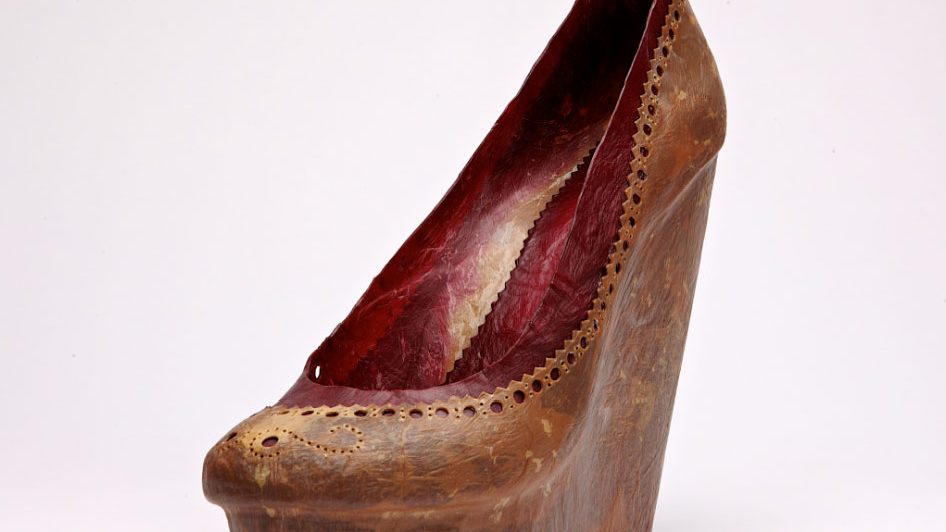 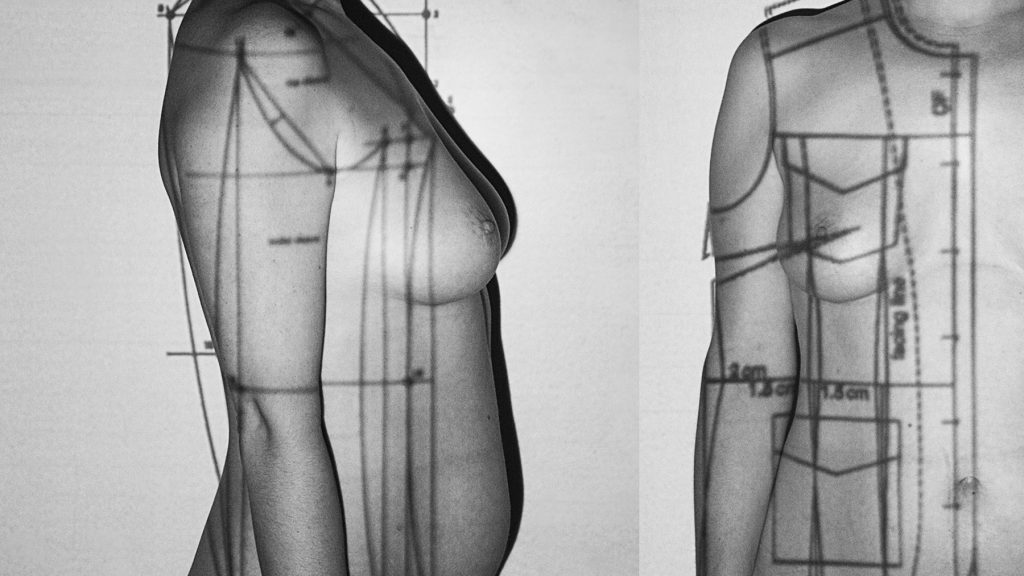